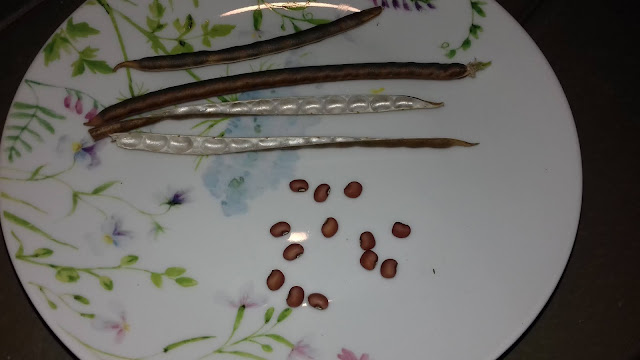 Adzuki beans. I am happy that i managed to renew my adzuki bean seeds. I was going to throw them out but then i decided to make a last attempt and some of them sprouted. This is supposed to be a variety from the himalayas so it might be more cold resistant than ordinary adzuki beans. It grew well in my tunnel and now that i have multiplied the seeds, next year i can try and grow them outdoors. Should i manage to adapt them to growing outdoors here this would mean an additional species of bean plant for our vegetable gardens.
Post a Comment
Read more
August 31, 2021 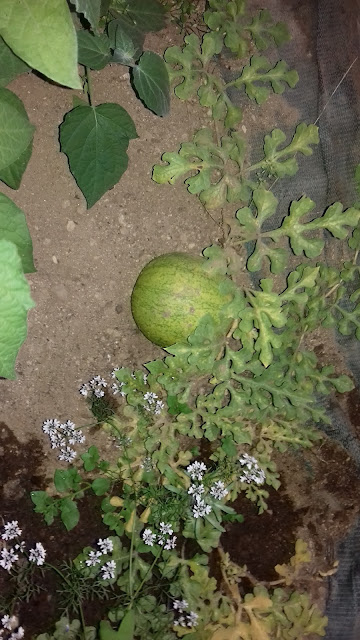 Watermelons I had bad luck with my watermelons too this year. I now have only two plants with one fruit each outdoors from about 25 plants that i planted. One variety, Golden midget, where only one seed grew into a plant was put into my polytunnel to increase its chances. That plant has one watermelon that will probably get ripe so i should get seeds of that variety. Golden midget watermelon in my tunnel starting to turn yellow. Of the other 25 watermelons outdoors there was three varieties. Blacktail mountain, sweet siberian and cream of saskatchewan. I didn't label them so i don't know which is which but since they all have different flesh colours (white, red and orange), it should be easy to know what i have at the end. The trouble is will the fruit get ripe seeing that it's the 31st of august and the fruit isn't even full size yet. And more importantly will the seeds be viable? Chances seem slim but if we get a sunny month of september there might still be a chance
Post a Comment
Read more
August 31, 2021 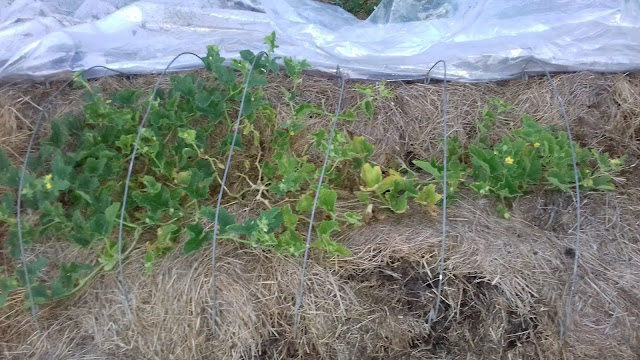 Melons. I had really bad luck with my melons this year. Due to an unfortunate event i lost all my melon seeds. Then i thought to myself oh well it's not that bad since i planted out fifty melon plants. But this year was such a bad year that i am not sure now to harvest any seeds at all. That would mean that four years of working on trying to create a muskmelon landrace here in brittany would be lost. Unless my backup plan of getting seeds from some friends i sent seeds to will work. This will serve as a lesson to me to better store, organise and take care of my seeds. I only have three plants outside now with a slim chance left to produce viable seed. At this stage i am not even thinking of tasty fruit anymore. Just of viable seeds to be able to continue. I also have one plant in the polytunnel but it also has a tiny melon and it's already the last day of august. Two of my best outdoor plants with a small makeshift plastic tunnel to help mature the fruit. The two melons that h
Post a Comment
Read more
August 31, 2021 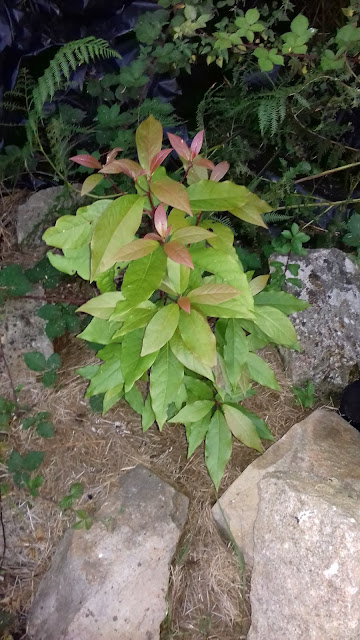 Avocado. My mexicola avocado grew back from the roots and is looking quite good now. However, if this happens every other year i don't know if it will ever flower and attempt to make fruit. Mexicola avocado that grew back from the roots having died down completely last winter. Despite this bad year it grew well no doubt thanks to its already large roots. Small fantastic avocado seedling that, despite being much younger, did not die back to the ground last winter and may therefore be more frost resistant than mexicola.
1 comment
Read more
August 31, 2021 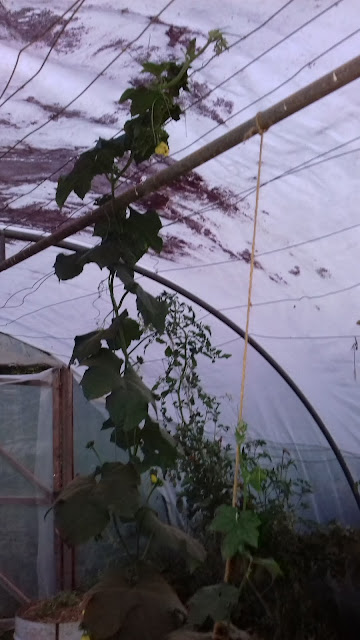 Sponge gourd (luffa aegyptiaca) I am growing this plant for the first time this year. It grew ok but started off making a mini cucumber with a female flower to begin with, but there was no male flowers. Then for about one month or longer it only made male flowers. Now at the end of august it has finally grown another female flower with a miniature cucumber so i hand pollinated it. I hope there is still enough time for the plant to mature and grow this fruit so i can get seeds for next year. The luffa cucumber can be used as a sponge substitute in the kitchen to replace plastic sponges. I never tried it and it's my first year growing it. Only one seed from the three i was given germinated so i am hoping the plant will at least manage to produce one ripe fruit with viable seed.
Post a Comment
Read more
August 13, 2021 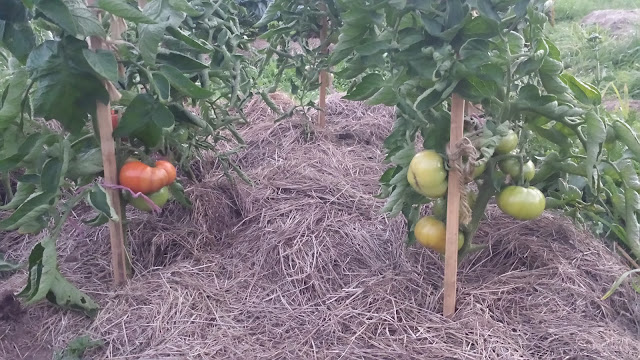 mildew resistant outdoor tomatoes. This is the crimson crush F3 and for now there is no mildew on the plants. The first tomatoes are ripening now in mid august. I have 2 larger plants of my three lines and 10 smaller plants that i sowed later. For now i only deem the descendants of the large orange type worth keeping. view of the two best plants this year. They both seem to be descendants of the large orange type, they have practically no mildew and produced more fruit than the others. The one on the left is the earliest to ripen, has more potato leaf shaped leaves and is more resistant to leaf curl. side view of my best plant. -earliest ripening -least amount of leaf curl -no mildew -good fruit to leaf ratio -potato leaf shaped leaves Ten small tomato plants that were sowed later. Leaf curl visible on most if not all of them with varying degrees of resistance.
Post a Comment
Read more
More posts